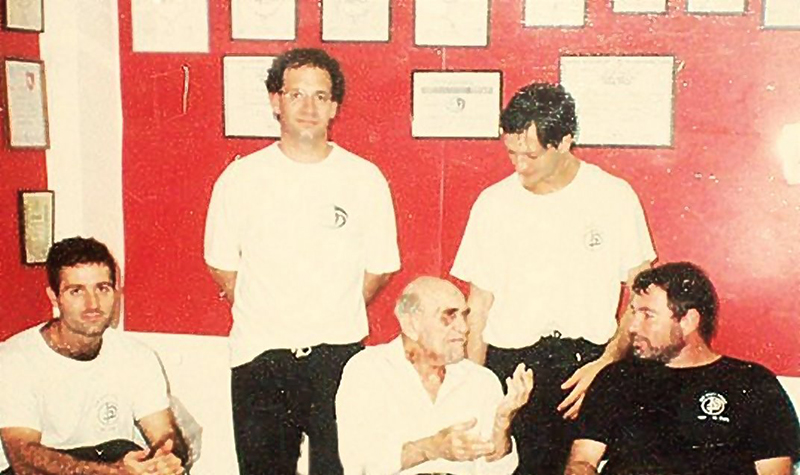 The Krav Maga Αssociation was founded by Imi and several of his students in 1978, aiming to promote KM's unique techniques locally and throughout the world.

When the teaching of Krav Maga (KM) started to spread beyond the borders of Israel, arose a need to found an international organization. This happened mostly because the initial KM association existing at the time was divided and not functioning efficiently, due to dissension amongst the higher graded instructors. Imi resulted in forming a new international KM federation with the support of his most loyal students and respected instructors, among which IKMF's chairman nowadays, Avi Moyal.

Once IKMF was finally formed, All Expert and Master Diplomas, grades and levels issued by it, were authorized by Imi, As well as the IKMF curriculum. Imi approved this new curriculum at the time of formation of the IKMF as well as subsequent changes made in 1997.

Since 1996 The IKMF expanded and is now the largest and most appreciated KM institution worldwide.

The IKMF has branched out and is successfully active locally, in Israel as well as in Australia, North America, South – east Asia, the Far East, most EU countries, and ex-communist countries (such as Poland, Russia and Hungary). The general Structure of the organization in each country is relatively similar: A director, responsible for the growth of both the KM system and the local IKMF organization in said country, and, of course, local instructors at different grades and levels assisting him.